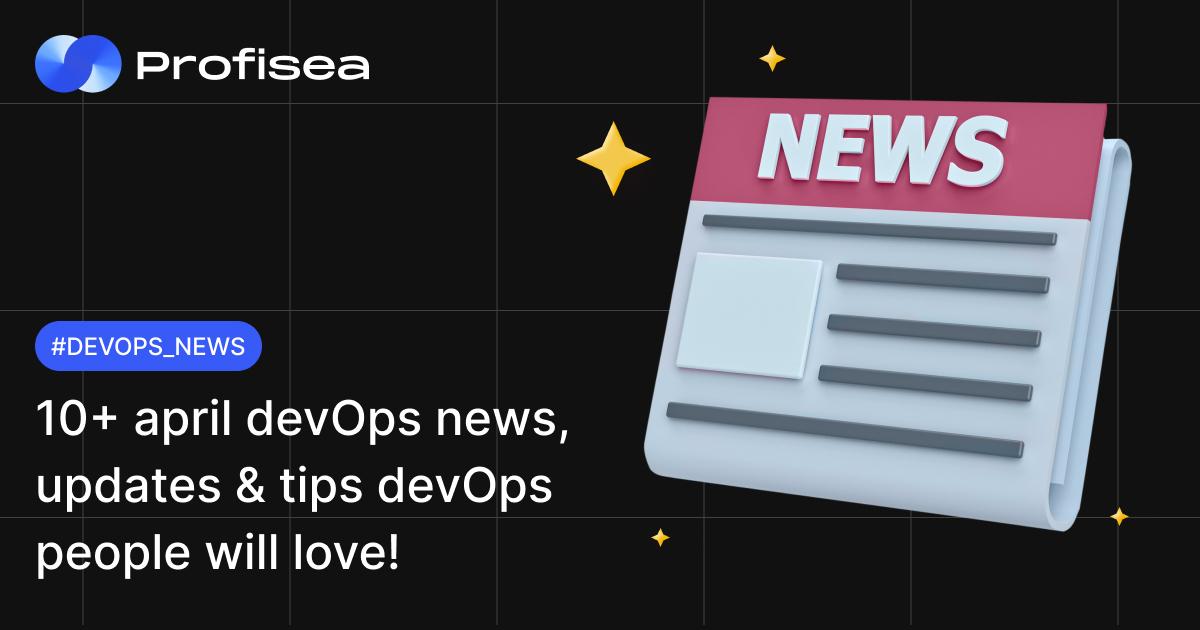 May is already here, so it’s time for our April DevOps digest! Our team continues to collect the latest DevOps news to share with everyone who loves DevOps and works on DevOps projects. If you’ve missed any of our DevOps news and updates, here’s our latest digest for the DevOps & CloudOps community. Get ready for our next episode of DevOps info and read on. We’re sure you’ll find some helpful ideas here today.

AWS Lambda is widely used to build applications that are reliable and scalable. In building their applications, users can leverage multiple serverless functions that implement the business logic. This process has now become even easier. AWS announced the general availability of Lambda Function URLs, a cool new feature that allows users to add HTTPS endpoints to any Lambda function and configure Cross-Origin Resource Sharing (CORS) headers if needed.

HashiCorp Consul 1.12 is yet another significant update in the cloud architecture world. This release lowers Consul secrets sprawl and automates the rotation of Consul server TLS certificates by using HashiCorp Vault, another solution from the company. Consul 1.12 also helps users understand their Consul data center status and evaluate control list (ACL) system behavior. The solution could be helpful for anyone who wants to build a zero-trust security architecture. For more detail, read the HashiCorp post.

Here’s another helpful tutorial for Kubernetes users. As the number of applications and actors increases in a cluster, you may find it necessary to review and restrict the actions they can take. This is where the Role-Based Access Control (RBAC) framework in Kubernetes can be helpful. Here is a comprehensive guide on how to recreate the Kubernetes RBAC authorization model from scratch and practice the relationships between Roles, ClusterRoles, ServiceAccounts, RoleBindings, and ClusterRoleBindings.

4. The API Traffic Viewer for Kubernetes

Another useful tip for all Kubernetes users — an API traffic viewer for Kubernetes can make your life easier. This simple-yet-powerful solution helps troubleshoot and debug APIs in a convenient way and view all communication between microservices, including API payloads in real-time. In addition to all the benefits mentioned, the tool is lightweight, supports modern applications, and requires no code instrumentation. View the documentation for more details here.

Here are some of the most important enhancements:

Check the Kubernetes page for more details and enjoy!

Automation is what DevOps has been about and automating everything is the fundamental principle of DevOps. Automate, automate, automate — but could we be wrong here? And what should we do to better understand this automation trend? Kelsey Hightower’s answers to these questions draw attention to the importance of understanding what we are going to automate and how to go about it. Check his valuable piece of writing here.

7. Have you heard about  Kyverno?

Kyverno is a powerful policy engine created specifically for Kubernetes. Kyverno allows users to manage policies as Kubernetes resources without requiring any new language to write policies. This also means that familiar tools such as kubectl, git, and kustomize can be used to manage policies. Here is a guide on how to get started with Kyverno and reap its benefits in practice. 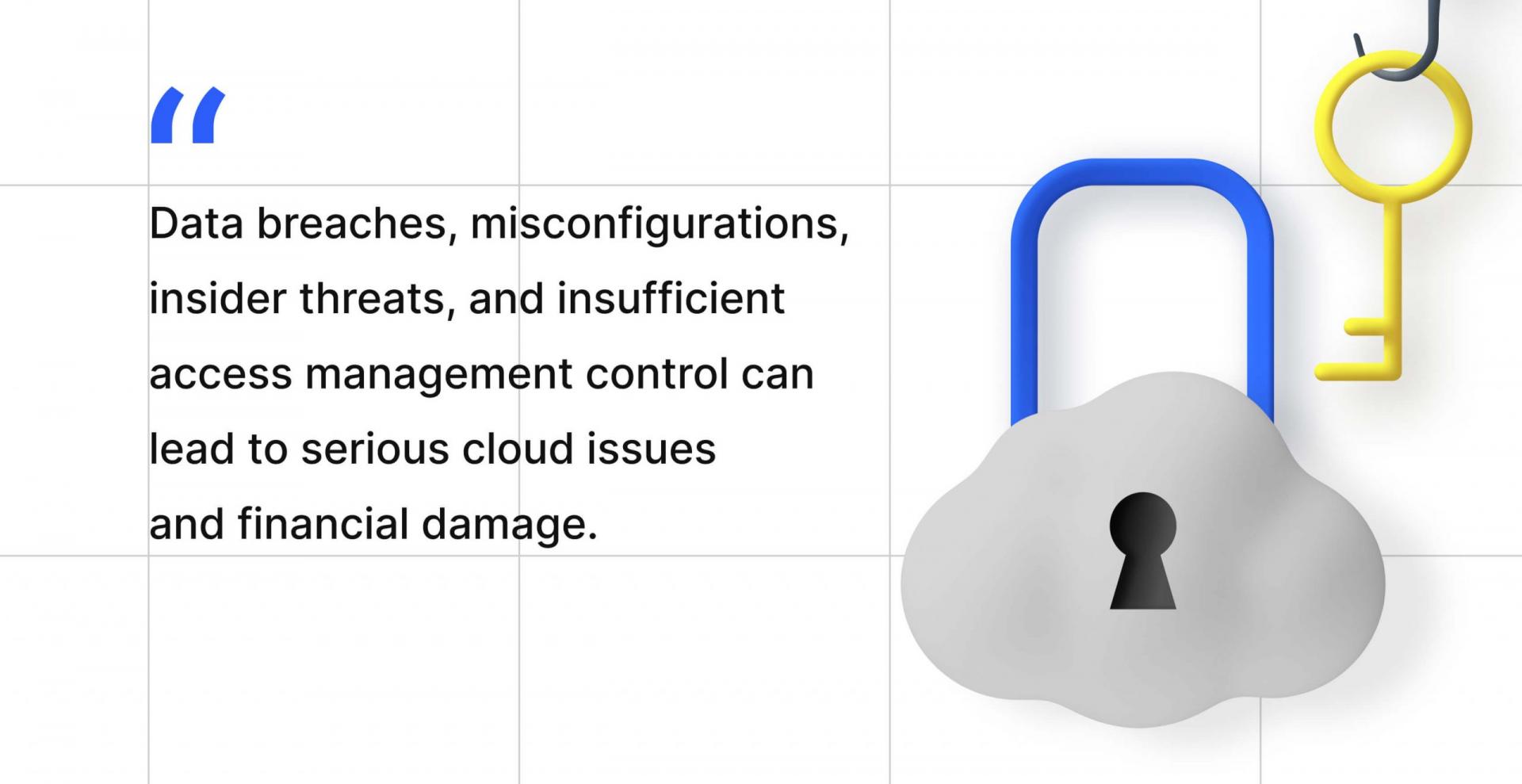 Cloud security is nowadays one of the most discussed topics in the cloud community. Data breaches, misconfigurations, insider threats, and insufficient access management control can lead to serious cloud issues and financial damage. At the end of April, Datadog introduced its solution for security management. They announce the general availability of Datadog Application Security Monitoring (ASM), a new offering within the Cloud Security Platform that allows security, operations, and development teams to design, build and run secure and reliable applications. For more info about the solution, read an official post on the Datadog site.

The recent update to GitLab’s CI/CD platform has brought more than 25 improvements, including the addition of support for the application programming interface (API) for measuring change failure rates. This release supports the fourth metric as defined in the DevOps Research and Assessment (DORA) framework. In addition, GitLab 14.10 extended the GitLab Runner Operator for Kubernetes to any distribution of the open-source platform and made it possible to manually trigger incident responses when needed. Check for more details here.

April brought us a lot of exciting news and releases. We’ve already mentioned Kubernetes 1.24, but there are many more updates of which you should be aware. Calico v3.20.5 was introduced, and Cilium v1.11.4 became available with numerous improvements, including two minor changes, 16 bug fixes, five CI changes and 24 miscellaneous changes.

Kuma also announced the release of Kuma 1.6.0, packed with cool features and improvements. Kuma 1.6.0 comes with:

Last but not least, there is Istio 1.13.3. This patch release includes bug fixes to improve robustness and some additional configuration support.

AWS Identity and Access Management (IAM) added a new capability for better resource management — now users can control access to their resources based on the account, Organizational Unit (OU) or organization in AWS Organizations that contains those resources.

AWS generally recommend using multiple accounts when workloads grow as they allow setting up flexible security controls for specific workloads or applications. This new IAM capability helps to control access to resources as users can design IAM policies to enable the principals to access only resources inside specific AWS accounts, OUs, or organizations. Read the AWS post to learn more about this update.

The CrowdStrike Cloud Threat Research team found the well-known cryptomining bot LemonDuck targeting Docker cloud instances for cryptomining operations. It runs an anonymous mining operation by the use of proxy pools, which hide the wallet addresses.

LemonDuck is a cryptomining botnet involved in targeting Microsoft Exchange servers via ProxyLogon and the use of EternalBlue and BlueKeep to mine cryptocurrency. But now, Docker cloud instances are at risk. As Docker usually runs container workloads in the cloud, a misconfigured cloud instance could expose a Docker API to the internet. This API could then be exploited to run a cryptocurrency miner inside a container. For more details, read the CrowdStrike report on this case.

The Profisea team is constantly on the lookout for the latest DevOps and Cloud news to share with you.

Don’t hesitate to contact us and tell us what you would like to see in our next digests and what topics we need to feature.

Our experts are constantly busy preparing new items of useful info for you.

And, of course, if your business requires any DevOps services, we are here to lend you a helping hand as we always have the best DevOps and CloudOps practices at our fingertips.